The Influence of Cyrus the Great vision on US Constitution 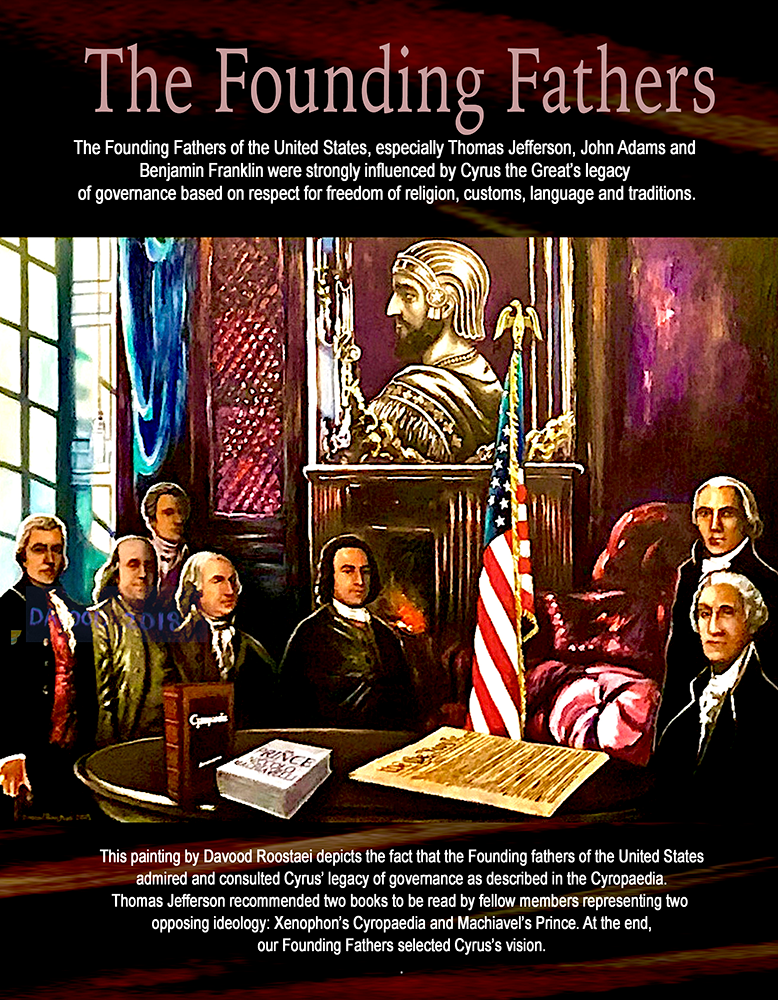 The Founding fathers of the United States, especially Thomas Jefferson, John Adams and Benjamin Franklin were strongly influenced by Cyrus the Great’s legacy of governance based on respect for freedom of religion, customs, language and traditions.

This painting by Davood Roostaei depicts the fact that the Founding fathers of the United States admired and consulted Cyrus’ legacy of governance as described in the Cyropaedia. Thomas Jefferson recommended two books to be read by fellow members representing two opposing ideology: Xenophon’s Cyropaedia and Machiavel’s Prince. At the end, our Founding Fathers selected Cyrus’s vision